A tribute to His Royal Highness The Prince Philip, Duke of Edinburgh

Oxford Brookes University is deeply saddened to learn of the death of His Royal Highness, the Duke of Edinburgh.

The Duke previously visited the University as well as its predecessor institution the Oxford College of Technology in 1963, during which he officially opened the newly completed Headington site.

“We join the nation in mourning the passing of His Royal Highness The Prince Philip, Duke of Edinburgh. The University and its predecessor institutions are honoured to have received visits from the Duke across the decades, during which he showed a deep interest in higher education and our students’ progress in realising their ambitions and making a difference in the world.

“He was a dedicated and committed public servant and our thoughts are with Her Majesty The Queen and the Royal Family at this sad time.” 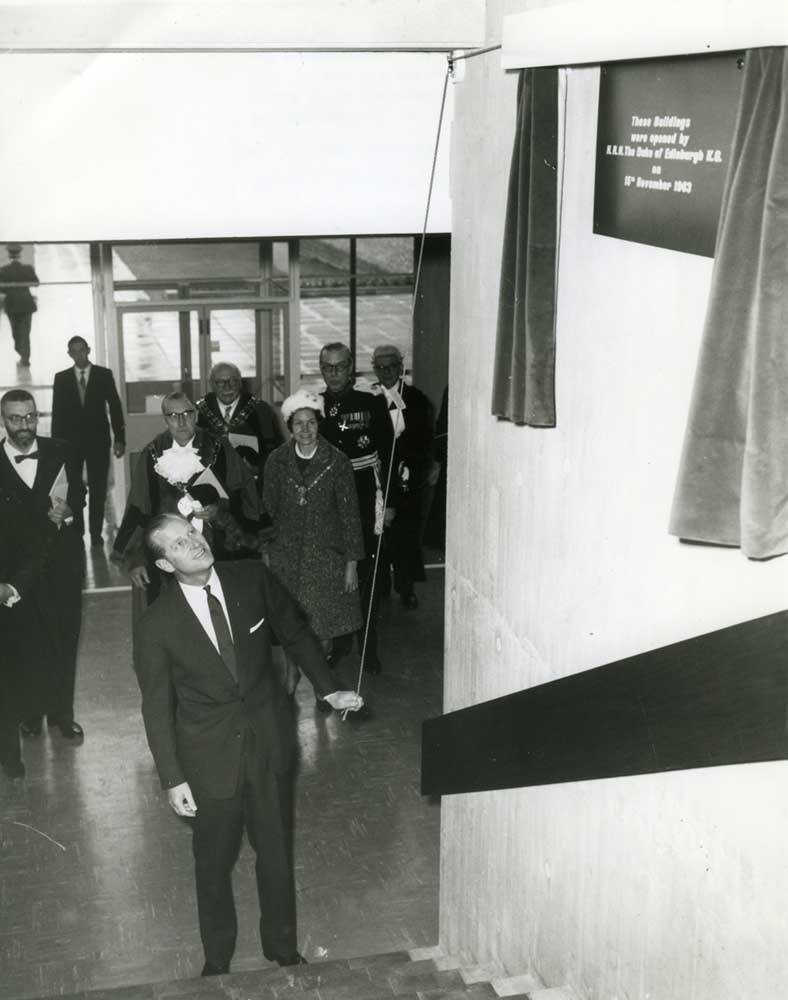 Prince Phillip opening what is now our Clerici building in 1963