Kate is Professor of Anthropology. Her main areas of research are people-wildlife interactions and conservation and local communities. She incorporates perspectives from social and natural sciences into her research and teaching, reflecting her committment to adopting a biosocial framework to enhance our understanding of people-wildlife and people-environment interactions.

Picture: Talking with a Ugandan farmer about her experiences of farming at the forest edge. 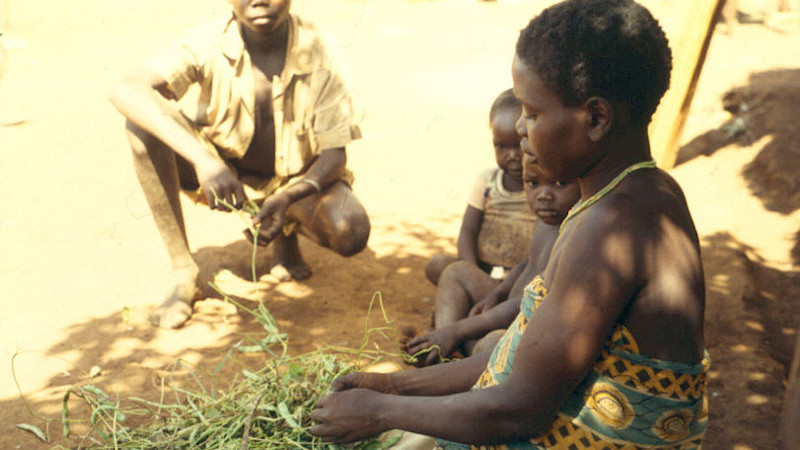 Kate teaches two undergraduate modules as part of the Single Honours Anthropology programme and the BA in Social Anthropology:

She also teaches a postgraduate module as part of the MSc Primate Conservation:

Kate's research focuses on people-wildlife interactions and the human dimensions of conservation. She is currently working with research students on these issues in India, Uganda, Madagascar and the UK. Previous PhD students have worked in Uganda, Colombia, Kenya and Guinea Bisseau.

Kate's research has promoted greater understanding of human conflicts about wildlife, and has had a beneficial impact on local coexistence practices, livelihoods and international guidelines. Beneficiaries of her research include smallholder farmers, conservation NGOs, and government wildlife and agricultural agencies.