I'm Reader in Primatology and Biological Anthropology on the MSc in Primate Conservation and the Anthropology Programme. Over the last twenty-five years I have conducted research on behaviour, ecology, and conservation of lemurs and New World monkeys.

I initially focussed my research on some of the unique evolutionary traits that characterize lemurs, and especially their capacity to be active both during the day and at night. Through this work I contributed to the understanding of the cost-benefit involved in the transition from the nocturnal to the diurnal life-style during the evolution of primates. Over the years, I developed various strands of research with an increasing focus on primate ecology and conservation. My current research questions investigate how primates cope with fluctuating resource availability and quality and how they tolerate anthropogenic changes.

As an active member of the IUCN Lemur Specialist Group, I'm regularly involved in the assessment of the lemur conservation status and in the designing of their Conservation Action Plans. I have carried out research in the region of Fort Dauphin (South-eastern Madagascar) since 1999. There, in collaboration with various institutions and NGOs, I'm co-leading long-term studies on the fauna and the flora and their conservation managment in the protected areas of Mandena, Sainte Luce, Tsitongambarika and Ambatotsirongorongo. 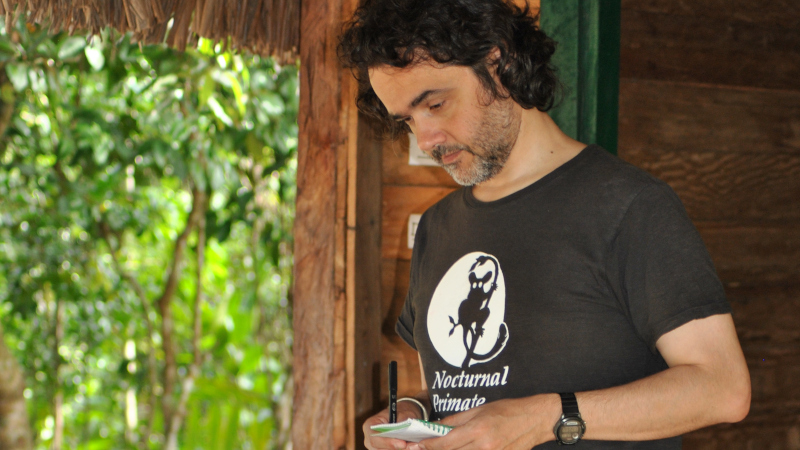 My research topics include:

My research informs conservation policy and practice in Madagascar through the inclusion in International Union for Conservation of Nature (IUCN) Action Plans and collaborations with conservation and development NGOs, consultancies, private companies, and through engagement and knowledge exchange with the communities involved in area protection. My work also contributes to captive management of endangered lemur species.

Projects as Principal Investigator, or Lead Academic if project is led by another Institution