Long before the inception of The Security Service (MI5), the Secret Intelligence Service (MI6), and the Central Intelligence Agency (CIA), a remarkable centrally organised intelligence service engineered covert operations all around Europe, norther Africa and the Levant. This service was created by one of the most powerful and commercially-savvy states of the early modern world, Venice.

Moving beyond the the overly narrative approach that hitherto works on pre-modern intelligence employ, in order to place more emphasis on the revelatory value of clandestine communication and missions rather than on the social processes that generated them, this project strives to analyse the impact of systematic intelligence on an early modern state’s political, economic, and social security and prosperity. It does so by exploring Venice’s secret service as a complex, fully-functioning public sector organisation, as it operated in the Renaissance period.

Ultimately, the project shows that the main drivers for the systemisation of intelligence have remained unaltered throughout the centuries. These drivers are economic, not political, as most governments would have us believe. 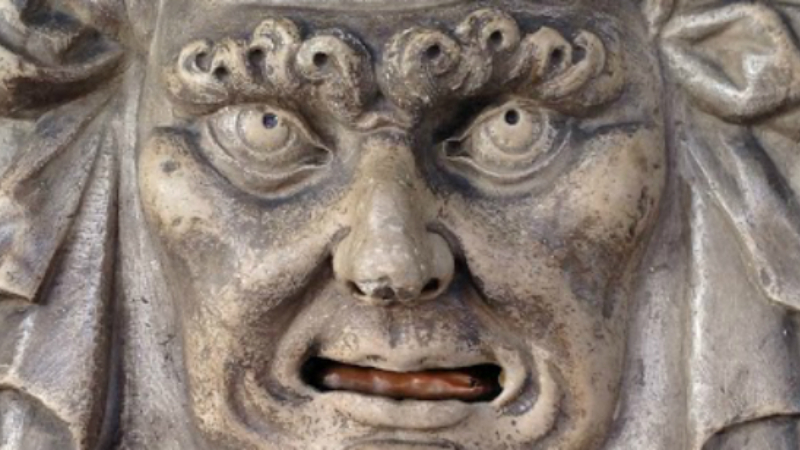 It is not accidental, therefore, that the Venetians ‘smuggled’ intelligence on European affairs to their enemy, the Ottomans, during the First (1499-1503) and Second (1537-1540) Ottoman-Venetian War, as the ‘secret’ registers of the Council of Ten reveal. They did so, to ensure that the Sultan would not impose impeding commercial restrictions on them. Nor is it irrelevant that revealing ‘state secrets’ of thriving Venetian industries, like glassmaking, was a crime punishable by the death in the floating city.

On a micro-level, research for the project analyses and compares early modern Venice’s centrally administered intelligence apparatus with the clandestine networks of other Italian and European states, like Milan, Mantua, Rome, England, France, Spain and the Ottoman Empire. There, intelligence served the private interests of powerful individuals, unlike Venice’s centralised intelligence. On a macro-level, it opens up the landscape of historical exploration by examining a) the historical development of organisation both an entity and as a process; and b) the nature of an early modern state’s knowledge culture beyond the political and intellectual spheres.

Methodologically, this study aims to retain the epistemological status of historical events by interpreting primary material through sociological and organisational theories. For this reason, it employs a fresh transdisciplinary approach which combines the narrative construction of established theoretical constructs stemming from organisation theory, such as organisational image, organisational identity, and organisational secrecy, with the rich description of historical context, as it emerges from the critical examination of an exhaustive body of archival sources, supplemented by relevant secondary literature.

Employing this transdisciplinary perspective, the study moves beyond the conventional, overly-empiricist narrative approaches to organisational history, while discarding the overly-technicist and abstract discussions of organisational theories that favour methodological rigour at the expense of narrative richness.

According to conventional wisdom, systematized intelligence and espionage are ‘modern’ phenomena. This book overturns this academic orthodoxy, recounting the arresting story of the world’s earliest centrally organised state intelligence organisation, created in Renaissance Venice. Headed by the infamous Council of Ten, Renaissance Venice’s intelligence service resembled a public sector institution that operated with remarkable corporate-like complexity and maturity, serving prominent intelligence functions, which included operations (intelligence and covert action), analysis, cryptography, steganography, cryptanalysis, and even the development of lethal substances such as poison. The book details Renaissance Venice’s systematic attempts to organise and manage a central intelligence service made up of innumerable state servants, official informants, and amateur spies, who, dispatched across Europe, Anatolia, and Northern Africa, conducted Venice’s stealthy intelligence operations. Exploring secrecy as a vehicle of knowledge exchange that fostered identities, alliances, and divisions, the book also reveals Venice’s fabled department of professional cryptology, and recounts some of the extraordinary measures deployed by the Venetian authorities in their ongoing effort to maintain the security of the Venetian state. These included tortures, assassinations, and chemical warfare. Overall, the book not only reveals a plethora of secrets, their keepers, and their seekers but explores the social and managerial processes that enabled their existence and furnished the foundation for an extraordinary intelligence organisation. For this reason, Renaissance Venice’s central intelligence apparatus is explored and analysed as an organisation rather than as the capricious intelligence enterprise of a group of state dignitaries, as was the case for other Italian and European states.