The Partnerships and Placements Team is here to support you with work placements, and provide the link between the host, the student and your course tutors.

Due to Covid-19 restrictions, the content and nature of placements may have to change. This will be done in discussion with placement providers.

A work placement offers you the opportunity of applying subject specific theoretical knowledge to a real life situation. It also provides you with crucial employability skills and personal attributes that employers are looking for.

There are numerous benefits of a work placement to enhance your employability skills such as:

You can take an optional work placement module at the end of your second or third year. This module offers you the opportunity to develop your skills and knowledge beyond the lecture theatre and classroom. You will work with experienced professionals in organisations that have links with English language or literature. These have included The Oxford Literary Festival, Oxford University Press, Sky Sports, community arts organisations, PR firms, and primary and secondary schools.

Volunteering at the Oxford Literary Festival 2015 enabled me to practise skills crucial to becoming a successful barrister. Interacting with my supervisor and colleagues and assisting visitors required clear communication skills. I honed my ability to perceive the needs of speakers and attendees. These skills will be transferable to the work of a lawyer when building client relationships. The festival was extremely well attended, and in fulfilling my responsibilities I demonstrated my ability to work well under pressure and qualities as a team player.

After studying Japanese for two years at Oxford Brookes, students spend their third academic year at one of our partner universities in Japan. While there, they study Japanese intensively, five days a week, as well as choose elective courses about Japan, usually in English, though sometimes in Japanese as well.

For my year abroad I chose to study at Aoyama Gakuin University in Shibuya, Tokyo. It’s the best university from a cultural capital standpoint and is ideally located in Shibuya, near most of the more interesting places in Tokyo. I had visited the university while on holiday in Japan so I had a very good idea of where it was and what it was like.

I’d recommend you visit beforehand, if you can, to get an idea of what you want to get out of your year abroad experience. Consider where you want to study and why as location can be very important depending on what you want to do; you’ll find travel costs can get high quickly if you want to repeatedly visit places – particularly if you need to use the Shinkansen (high speed trains). Finally, study lots of kanji as they’re everywhere! 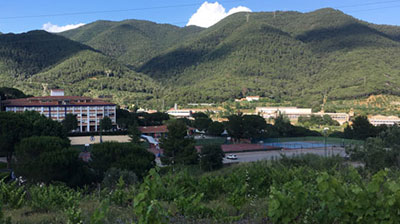 After studying in the University of Paris-Nanterre for the first half of my year abroad, I had the pleasure of undertaking my work placement at a Spanish international school in a small town called La Garriga, near Barcelona. Living in La Garriga gave me the opportunity to truly live as a local and immerse myself into the rustic, Catalan way of life, as well as teaching my own classes in English. This experience helped my Spanish and Catalan to improve even more! The school provided me with accommodation, which made it easy to settle in as I lived with lots of students just like me.

My six months in Spain was definitely one of the best experiences of my life. I would recommend this experience to anyone, and my advice is to seize every opportunity that presents itself to you, and be confident! 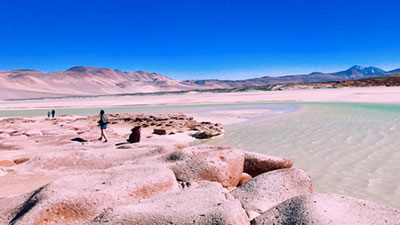 My year abroad experience was slightly atypical because instead of going to university in one country and then doing a work placement in another, I wanted to do two work placements instead. My job in Santiago was fantastic and I learnt so much Spanish because no one in Chile really speaks English. I would highly recommend people to go to South America on their year abroad because you get such a different experience to staying in Europe. It was incomparable to anything I have ever experienced in Europe: the people, the food the culture everything was totally different to my experience in Nice in the second semester. In France, I worked for a Non-Governmental Organisation called the European Telecommunications Standards Institute on the events team. My job was to organise events within the technology sector to bring major companies together in the South of France to discuss the future of technology. I am so lucky that I got the job I did because it boosted my CV and gave me so much experience for the real world, working for a big company where you are actually taken seriously and your input matters. 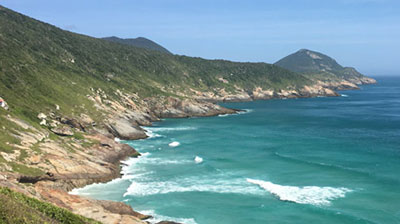 I had an amazing time in Uruguay where I studied for three months to improve my Spanish. There were a lot of opportunities to explore the country and to travel elsewhere. The Universidad de Montevideo gave me lots of support and helped to immerse me into the Uruguayan culture and way of life. It was a great experience living in South America and meeting people from all over the world. Next, I will be going to Antibes to work in a small car-hire company for six months where I will be developing my professional and linguistic skills in France.

To find out more, please contact the Partnerships and Placements team.