On our Graduate Diploma in Anthropology, you will explore the holistic and comparative breadth of anthropology. And study humans from a variety of social, cultural, biological and evolutionary perspectives.

Our course allows you to gain a qualification in anthropology at advanced undergraduate level as:

We are one of the few universities in the UK to teach social and biological anthropology side by side.

You will be part of a dynamic community of research scholars undertaking internationally recognised and world-leading research. And benefit from excellent learning resources, both at Oxford Brookes and at Oxford’s museums and libraries including:

You also have the option to go on a field trip to Apenhuel Primate Park in the Netherlands. 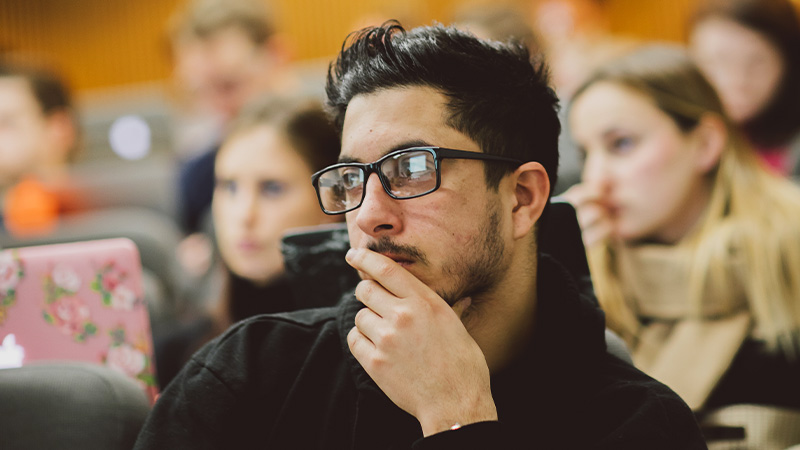 An undergraduate degree or equivalent qualification is required. However, all applications are considered on their merits and we will consider applicants who do not meet the required level, if they can demonstrate through qualifications or experience, they have the knowledge, capabilities and commitment necessary.

Applications for the Graduate Diploma in Anthropology should be made direct to the University.

All financial support and scholarships

View all funding opportunities for this course

Throughout the course, you will receive intensive training in selected aspects of anthropology at advanced undergraduate level.

If you wish to continue with anthropology at masters or a higher level, such as PhD, this course can constitute a conversion course.

You can choose to follow a pathway focusing on social or biological anthropology, or take advantage of our broad expertise by studying both.

There are two compulsory modules that you will be able to choose from our four core components in theory and methods. You will also put together a programme of six additional modules according to your aims and interests, including an option for independent study with an individual academic supervisor. 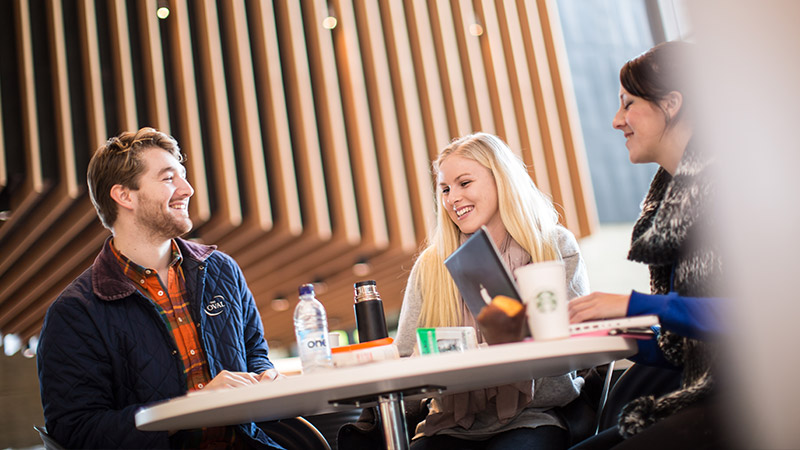 Start this course in January

You have the option to start this course in January. You will study a range of modules between January and May. During the summer months of June, July and August you will study further modules. Between September and December you will complete your final modules.

Choose 2 Compulsory Modules from the 4 listed below

The Study of Analytical Methods in Biological Anthropology - Semester 1

This module introduces you to the methods and analysis used across several fields of biological anthropology. You’ll learn the main concepts of the scientific method and hypothesis testing. You’ll find out about the basic methods of several biological anthropological sub-disciplines including:

You’ll also be introduced to analytical techniques, to prepare you for future research.

The Study of Human Evolution - semester 1

Considers the relationship between the various biological stages in human evolution, changes in society and behaviour, as interpreted from the material record. Special emphasis will be given to developing an understanding of the role played by the palaeoenvironmental and palaeogeographical context of human evolution and behavioural change.

The Study of Research Methods in Social Anthropology - Semester 2

A practical module involving reading about methods used in social anthropology, but also considerable independent study in investigating appropriate methods for your dissertation or other project.

What are rituals, and why do we perform them? In this module, you’ll explore the key role of rituals in society. You’ll look at various human communities as you consider the origins of ritual, and its different definitions. You’ll gain valuable critical skills as you explore key anthropological concepts, including:

The Study of European Societies

The relevance of an anthropological approach to the study of European societies with reference to both urban and rural sectors.

In this module, you’ll explore key themes in African cultures - from the colonial era to today. You’ll explore how anthropology can shed light on experiences of social and economic transformation across the continent. You’ll dig into detailed accounts of people’s everyday lives, reflecting on:

Through these intimate stories, you’ll explore broader issues of vulnerability and marginalisation. We’ll discuss what anthropology can tell us about global impoverishment. And we’ll discuss how men and women navigate fragile livelihoods in shaky economies.

The Study of Personhood, Gender and the Body in Contemporary Japan

From tattooed gangsters and drag queens to salarymen and hostesses, how does gender and the body affect Japanese society? In this module, you’ll question your assumptions about femininity and masculinity, and gain core critical skills as you explore topics such as:

You’ll explore the topics that fascinate you in greater depth, through:

Why is care so fundamental to human survival and adaptation? In this module, you’ll focus on care as an alternative to anthropological accounts of conflict, competition, and violence.

You will begin by debating

You’ll also examine how different cultures care for children, the disabled and the elderly. You’ll look critically at whether current social institutions deliver care, as well as cure. You will look at how we care for non-human life and the planet. And you’ll gain core research skills for your future career, as you investigate care in the world around you through fieldwork assignments and contribute to the class blog to share your work with the world.

Are humans any different from other primates? In this module, you’ll dig into the relationship between humans and other primates. You’ll investigate:

The Study of Human Ecology

How do humans interact with their environments, past and present? In this module, you’ll explore two key themes - nutrition and disease - and what these can tell us about humans and their biological and social surroundings. You’ll gain a strong grounding in the principles of human ecology. And you’ll gain key critical skills as you explore humans and their evolution.

In this module, you’ll kick-start your career, as you explore the wide range of career options open to Anthropology graduates. You’ll put anthropology into practice, using the skills you’ve gained in your degree to explore how anthropology contributes to:

You’ll compare ideas and practices in international development. You’ll look at approaches to social policy, inequality and well-being in the UK. And you disrupt the lines we draw between North and South, developed and underdeveloped, or advanced and emerging economies and societies.

Minorities and Marginality in Contemporary Japan

We often assume that only the Japanese live in Japan. In this module, you’ll meet Japan’s ethnic minorities and marginalised groups. You’ll understand their experiences - both historically and today. You’ll gain key analytical skills as you relate minorities in Japan to broader concerns with:

In this module, you’ll analyse human bones from archaeological sites. You’ll get to know the ancient diseases that we can understand through human and animal bones. You’ll gain key practical skills through lab-based sessions and through researching primary material. You’ll also learn how palaeopathology can help us understand different populations.

How did humans change from nomadic hunter-gatherers to the pioneers of enormous changes in technology, subsistence and organisation? In this module, you’ll look at human history from 10,000 until 1,000 BC that led to an avalanche of development. You’ll gain key critical skills as you review:

In this module you will explore the relationship between material change, forms of social transformation and shifts in individual/communal subjectivities of people themselves. In exploring these intersections you will have the opportunity to think about, for example, the role of industrial capitalism, urbanization, neoliberalism, migration and shifting understanding of time and temporality.

People and Other Animals

As humans, we’ve lived closely with other animals since the dawn of time. We have a long history of interacting with each other. In this module, you’ll examine the complex and contradictory elements in people-animal relations, including:

In this module, you’ll dive into human intelligence and its evolution. You’ll gain fantastic research skills as you evaluate the evidence for the development of cognitive traits such as:

You’ll uncover fossil and archeological records for evidence of human intelligence and its development. You also draw on:

This module gives you the chance to do research on a question or issue that fascinates you. You can home in on any topic in social or biological anthropology, with the support of expert tutors. You’ll enhance the key skills needed for a research project, gaining vital experience for the world of work:

In this module, you’ll get to grips with reading and writing ethnographic monographs. These are written accounts of a society or culture. You’ll explore ethnography: the method that social anthropologists use to analyse cultures, and the style and concepts behind it. You’ll:

You’ll also explore the range of styles in ethnography today that addresses current topics of concern.

From forest loss to climate change, living primates (including humans) are facing huge threats to their environment and conservation. In this module, you’ll get to know the impact of humans on non-human primates, including hunting for trade to the issues of co-existence.You’ll discover why our non-human primate relatives are at greater risk of extinction now than ever before. You’ll understand the major challenges facing primates, how international legislation protects them, and how we can help the world’s most threatened species.

You will be provided with a broad range of learning experiences, including:

You also have the option of a field trip with MSc students to Apenhuel Primate Park in the Netherlands.

You have the opportunity to join MSc students on their annual trip to Apenhuel Primate Park in the Netherlands. This carries an additional cost. Please see the Additional costs section of this page for details.

You will be assessed through:

Research can be undertaken in the following areas: 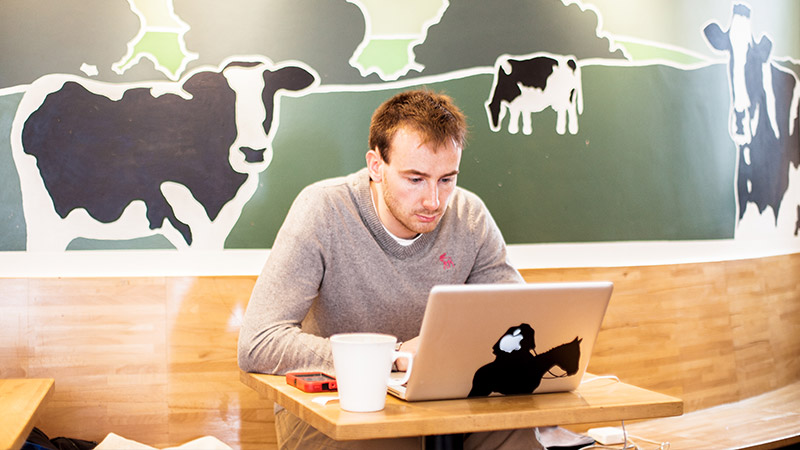 Many students choose the graduate diploma as a route to further study, continuing their education at master's and PhD level. However, anthropology graduates go on to a variety of careers including: