Reading and Writing through John Clare

An anniversary project celebrating 200 years since the publication of John Clare’s first book, Poems Descriptive of Rural Life and Scenery, in 1820.

The Meeting is the first poem in John Clare’s first book,  Poems Descriptive of Rural Life and Scenery, published in London in 1820. It was also the Clare’s first poem to be set to music and performed on stage. The performance by singer Madame Vestris was at Drury Lane Theatre on 19 February 1820; the song was threaded into the pasticcio opera The Siege of Belgrade. Clare just missed the show, arriving in London for his first visit to the capital a short while after. Clare wrote that ‘on the night we got into London it was announcd in the Play Bills that a song of mine was to be sung at Covent Garden by Madam Vestris and we was to have gone but it was too late. I felt uncommonly pleasd at the circumstance’.

By way of celebrating the 200th anniversary of Clare’s first book, his first visit to London, and his first poem being performed on the West End stage, this project seeks to set up a parallel journey for new poets, new poems, musicians and actors – all creatively responding to Clare, across 2019, readying for a musical and poetical ‘meeting’ of their own, in London, in the spring of 2020. 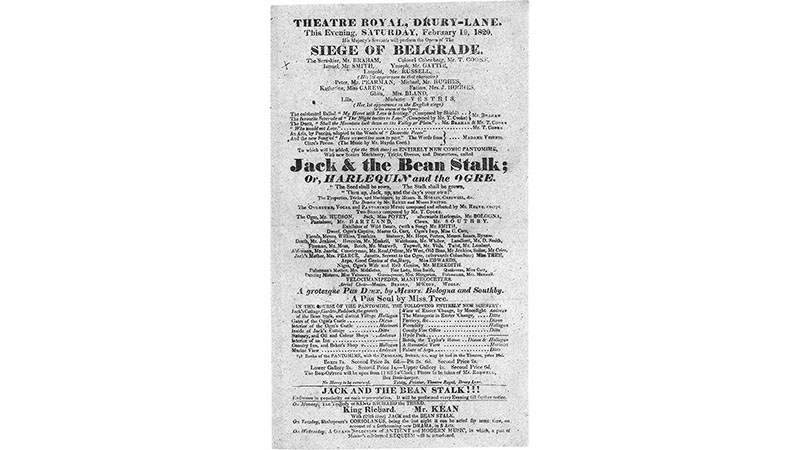 This project is led by Professor Simon Kövesi, in the School of English and Modern Languages at Oxford Brookes University. Following on from his 2017 book, John Clare: Nature, Criticism and History, Simon has been considering how to get the Romantic-period ‘peasant’ poet John Clare into parts of the UK that he doesn’t yet seem to reach. As a writer of impoverished origins, Clare offers an example of someone who made it into print despite his circumstances, his marginalisation, his deprivation, and all the prejudices and assumptions the literary world threw at him and his work. Clare’s early form of environmentalism and commitment to the protection of the natural world also makes him markedly relevant to our own ecologically-conscious times.

Since his first book in 1820, Clare has frequently been an inspiration to poets, visual artists, composers, novelists and dramatists – even film-makers (Simon ran a conference about this topic in 2014). This project is a continuation of this deep trend of critical appreciation of, and creative response to, Clare. Consulting early on with the National Literacy Trust, Simon worked closely with four established poets, all of whom know Clare's work and world intimately. In response to Simon’s book, the poets each devised a stream of Clare-focused creative writing workshops, in local libraries, in four areas: Bradford (and Keighley); Manchester; Peterborough; and south London. These workshops read Clare critically, and wrote creatively, in dialogue with his poetry, in response to his concerns, his world and his work. The workshops formed stage one of our project, which ran from May to July 2019. For stage two, see our plans for the 2020 anniversary.

This project had two distinct stages: stage one was the fostering of new poems from new poets across 2019 in each of our workshop strands. In stage two, we wanted to continue to draw a parallel trajectory to that experienced by Clare across 1819 and 1820, when his first book was published, from which the first poem ‘The Meeting’ was sung on the London stage.

Our project sought to promote a wide variety of critically-informed creative responses to Clare in his anniversary year, and to draw music, poetry and Clare together – peasant poet and opera music. In the summer of 2019 we began planning a musical show, and were awarded Arts Council England funds to do so. Our show was due to be performed in April 2020, but the pandemic meant that was not to be.

Find out more about the 2020 anniversary

Simon Kövesi would like to thank his colleagues in the School of English and Modern Languages, and across the Faculty of Humanities and Social Sciences, and others across Oxford Brookes University more widely, for early support and financial backing for this project. Thanks to Jonathan Douglas and Fay Lant at the National Literacy Trust for early advice and encouragement. Thanks to Sarah Corbett, Clare Shaw, John Gallas and Karen McCarthy Woolf – all of whom are inspirationally talented and generous, both to me and to the workshop participants. Thanks to the keen energies and promotional abilities of all librarians and administrators at Bradford Libraries, Peterborough Central Library (Vivacity) and Peterborough Museum, Manchester Central Library and all at Lambeth Libraries – Clapham Library in particular: Dionne Hood, Elaine Wilkinson, Stacey Kennedy, Richard Hunt, Glenys Wass, Danny Middleton, Tim O’Dell and Arthur Lech respectively. Thanks to our sound engineer Joseph Carr of Oxford Brookes, without whom the audio recordings of Toby Jones would have been impossible. Thanks to Toby Jones for being so committed to the project from the very start. Thanks to all on the John Clare Society committee, for early financial backing of stage two of the project, and for promoting the project – especially to the society’s Chair, Dr Valerie Pedlar. Thanks to Dr Poppy Corbett for ongoing dramatical advice, and to Don Sloan of the Oxford Cultural Collective for crucial event and venue know-how.

This kernel of this project was formed as a kind of answer to questions in my book, but also is a response to the work I have done with creative artists of all kinds – most especially in editing the John Clare Society Journal since 2008, running the ‘John Clare in Space’ conference at Brookes in 2014, and taking part in the By Our Selves project (film, book, merry dances) also in 2014. To all those artists, a deep debt of thanks for the loosening inspiration.

More thanks to come, no doubt, as we move on to the anniversary stage of the project.